Why You Should Buy a Sailboat

We can all attest to the allure of the new Beneteau powerboats, like the Monte Carlo and Gran Turismo models. They are sleek and powerful, like something out of a James Bond movie. Other models in the Beneteau powerboat line, like the Swift Trawlers and Antares, are incredibly roomy and functional. It’s no surprise that we sell a lot of these beautiful powerboats here at Cape Yachts, but I must confess, as a die-hard sailor, I think sailboats are also a good choice for many boaters.

Sure, Newport is a Great Sailing Town, But Did You Know?

Newport is known as a Sailing Town

Most of us in the Northeast know that Newport, RI is the sailing capital on the East Coast and has hosted and kept the America’s Cup right up to the mid 1980’s. This year Newport is hosting the international 12 meter class world championship event, which promises to be the largest ever gathering of these boats in the U.S. This event runs from July 8-13th. Newport has also been the only Volvo Ocean Race American stopover in the last two competitions and hosts a slew of national and international sailing events.

But there is so much more history in this city by the sea. Did you know that Aquidneck island, where Newport is situated, is the first place in America to be founded on civil and religious liberty? Portsmouth, on the northern edge of the island was founded by Anne Hutchinson, a teacher, who had to flee religious persecution in Boston and founded Portsmouth on the ideal of religious freedom. Newport followed suit a few short years thereafter. As a result of the charter that was obtained, the town boasts the oldest Synagogue (Touro Synagogue) in the country as well as the oldest Friends Meeting House (Quakers) in addition to the oldest First Free Black Church. 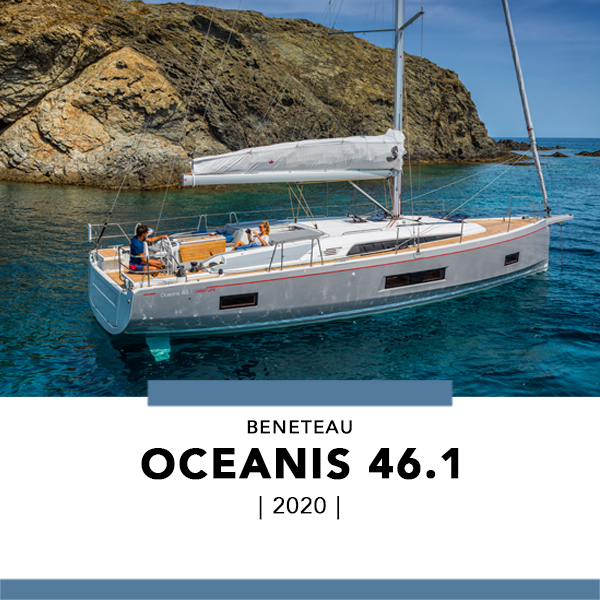 Last September, I had the opportunity to spend the whole day with the Beneteau team in Newport Rhode Island aboard the all new Oceanis 46.1. I’ve heard so many times, “Beneteau sure got it right.” This time with cherries on top!! This is truly an amazing yacht, far beyond anything Beneteau has done to date and as a world leader in technology and design by Pascal Conq and Nauta Design. Multiple choices of layouts, beautiful interior wood selections and innovative rigging designs make this an easy and really fun boat to sail, and she is fast.