The World's Weirdest and Spookiest Boats

Happy October! It's officially "spooky season" and in the spirit of all things creepy, weird, and surprising we are bringing you a list of the world's strangest boats.

We've all seen an interesting boat or two, maybe she had a funny name, eccentric hull color, or resembled a surprisingly still intact pirate ship. Whatever you may have seen, I guarantee you have never seen anything like these.

This Solar-powered Houseboat with no Captain

This wooden boat which doesn't even really look like a boat at all washed up on the shores of Ireland with no sign of anyone having ever been aboard. After further investigation, it was discovered that this boat was built by a Canadian man named Rick Small. Small had built the boat as a solar-powered house that he wanted to cross the Atlantic in. It is assumed that the boat somehow got loose from the dock and took itself on a voyage to Ireland. 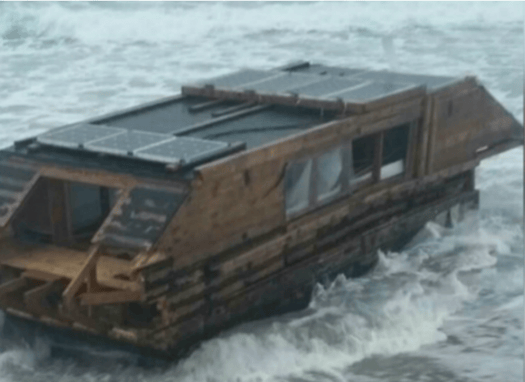 This boat was built by artist Yasuhiro Suzuki and looks like a giant zipper. The freakiest part is when the boat is cruising it looks like it’s unzipping the ocean. 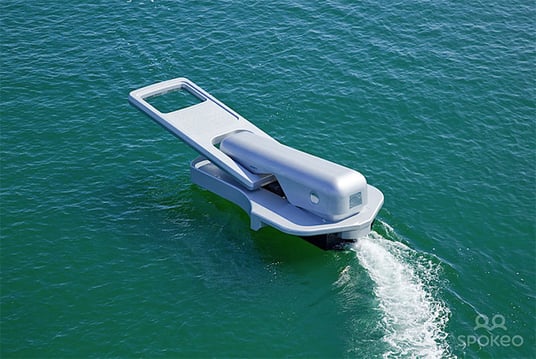 Designed in Ontario by Frederick Augustus Knapp this boat looks like a giant floating cigar. This boat was over 100 feet long and was designed to roll on the water. Knapp allegedly claimed the boat could reach speeds of over 200 mph... allegedly. This was never proven, and the "roller boat" remains a Canadian urban legend.

In the 70's a social experiment organized by Santiago Genovés involved placing 11 people on a large raft and floating them across the ocean for over 100 days. Luckily, everyone made it out alive, but it's still dubbed one of the strangest social experiments of all time. 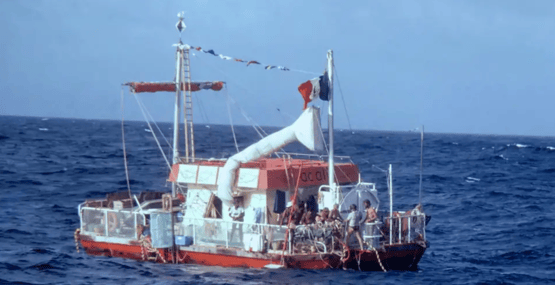 Is it a boat? or a plane? or an Orca! This boat dives, swims, and cruises at speeds up to 50 mph. She's basically a strange mix of boat, submarine, and marine mammal. If this is what you are looking for you can purchase her for close to $65,000. Seems like a good investment. 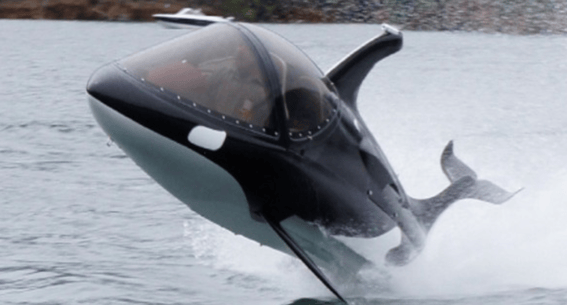 There you have it! Five of the strangest boats out there. Have you seen one you think needs to be on this list? Send us a pic or comment down below!

We may not have spooky boats, or boats that resemble animals, but we still may have the perfect sail or powerboat for you and your family. Contact us today at Cape Yachts for more information.